Launched in 2014, our annual QC English Graduate Conference gives master’s students an opportunity to share their work and participate in a vital aspect of academic life. The conference is organized and planned by current English MA students.

2022 Hybrid Conference on “Catastrophe and Community”

We are thrilled to share the Call for Papers (CFP) for our 8th annual QC English Graduate Conference, on the theme of “Catastrophe and Community.” Building off the success of last year’s virtual conference, the CFP invites a wide range of presentations related to this year’s theme, in a variety of formats, both in-person and virtual. Please consider submitting a proposal by the March 28 deadline via Google Form. 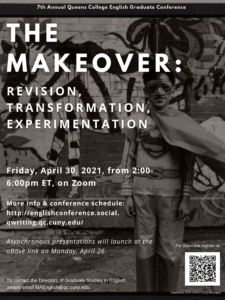 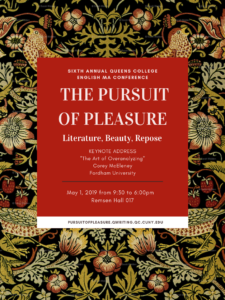 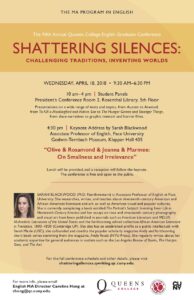 2017 / Difficult Texts: Literature in a Time of Crisis 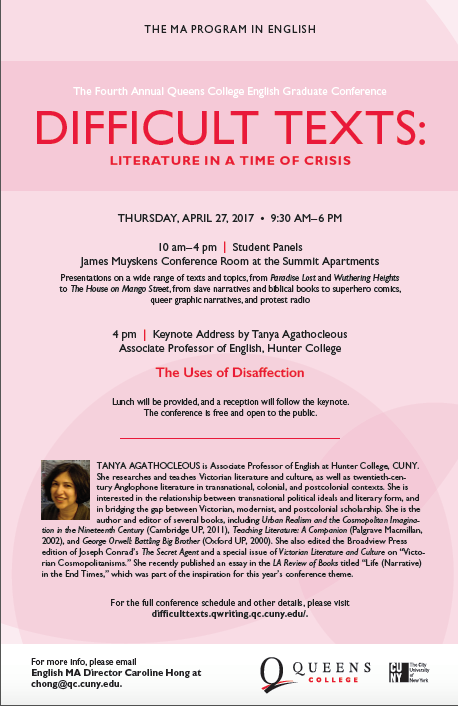 Tanya Agathocleous is Associate Professor of English at Hunter College, CUNY. She researches and teaches Victorian literature and culture, as well as twentieth-century Anglophone literature in transnational, colonial, and postcolonial contexts. She is interested in the relationship between transnational political ideals and literary form, and in bridging the gap between Victorian, modernist, and postcolonial scholarship. She is the author and editor of several books, including Urban Realism and the Cosmopolitan Imagination in the Nineteenth Century (Cambridge UP, 2011), Teaching Literature: A Companion (Palgrave MacMillan, 2002), and George Orwell: Battling Big Brother (Oxford UP, 2000). She also edited the Broadview Press edition of Joseph Conrad’s The Secret Agent and a special issue of Victorian Literature and Culture on “Victorian Cosmopolitanisms.” She recently published an essay in the LA Review of Books titled “Life (Narrative) in the End Times,” which was part of the inspiration for this year’s conference theme.

2016 / Talking Trash: The Counterpolitics of Abjection 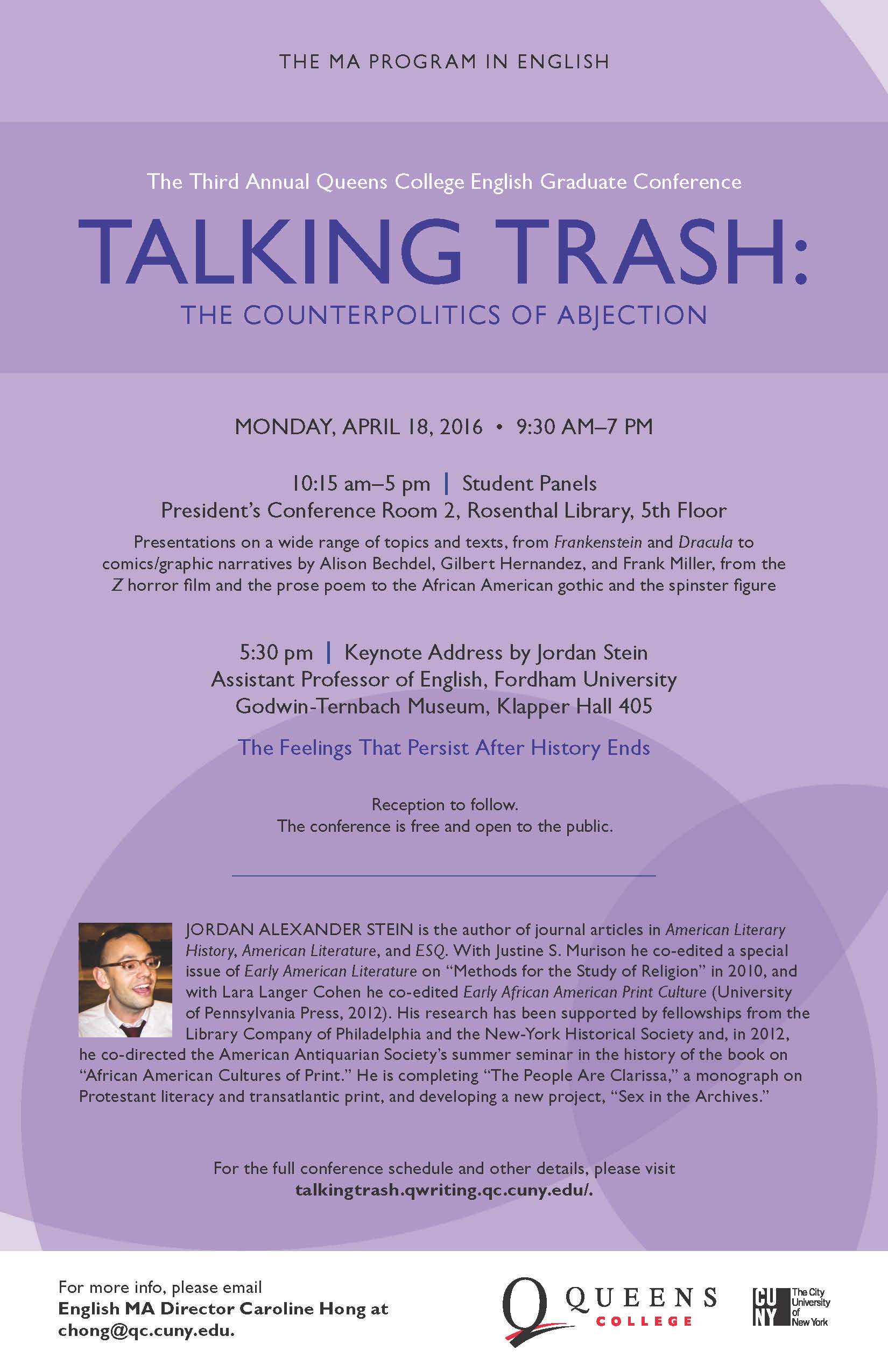 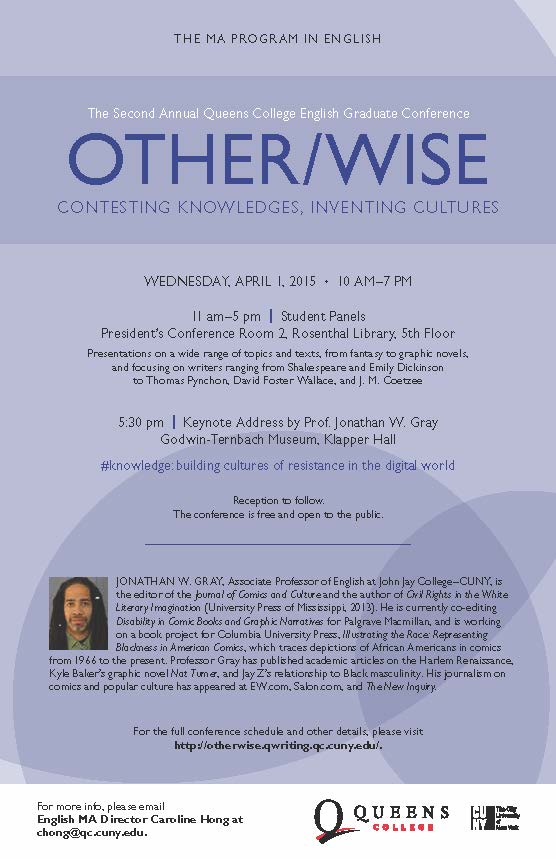 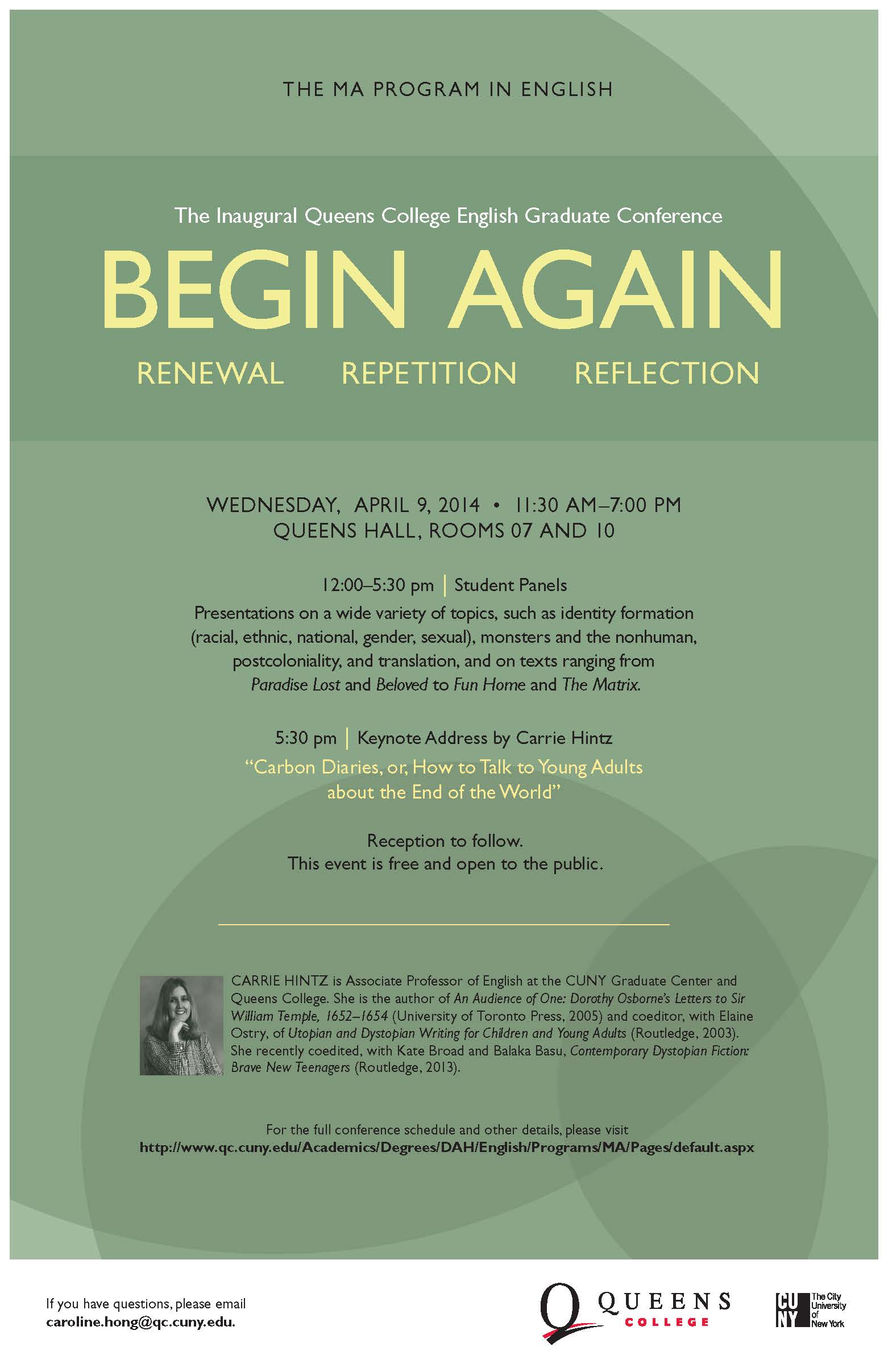 April 9, 2014
Keynote Speaker: Carrie Hintz, Associate Professor of English, Queens College and the Graduate Center, CUNY, “Carbon Diaries, or, How to Talk to Young Adults about the End of the World”

Need help with the Commons? Visit our
help page
Send us a message

Built with WordPress Protected by Akismet Powered by CUNY